Boris Johnson “lost in admiration” for troops after Kabul airlift

Boris Johnson sang the praises of the British troops who oversaw the Kabul airlift as he issued an open letter to mark the end of two decades of British engagement in Afghanistan.

In an open letter, the Prime Minister said he was “lost in admiration for the heroic efforts of all” involved in Operation Pitting, the evacuation efforts to remove British nationals and Afghan allies from the Kabul airport.

Writing as the operation drew to a close, with the last military and diplomatic personnel leaving Kabul on Saturday, Mr Johnson said: “There has been nothing like it in terms of speed and scale, certainly from my perspective. living.”

And he admitted that the fall of Afghanistan to the Taliban after 20 years would have been difficult to understand.

“Over the past two decades, several thousand of you have dedicated years of your life to serving in Afghanistan, often under the most difficult conditions. In particular, I realize that this will be a particularly difficult time for the friends and relatives of the 457 servicemen who gave their lives, ” Mr Johnson said.

But he repeated his message that their sacrifice was not in vain and said: “Our objective in Afghanistan was simple – to protect the UK from evil – and you have succeeded in this central mission.

“In the past 20 years not a single terrorist attack has been launched from Afghan soil against the UK or any other Western country. I know it was no fluke or luck.

“Our country has been protected because you joined with our allies in fighting al-Qaeda, destroying its training camps, dispersing or eliminating its rulers and weakening its very core. I wouldn’t want to imagine what could have happened if you had not completed this vital task.

“You have kept al Qaeda at our doorstep for two decades and we are all safer as a result.” 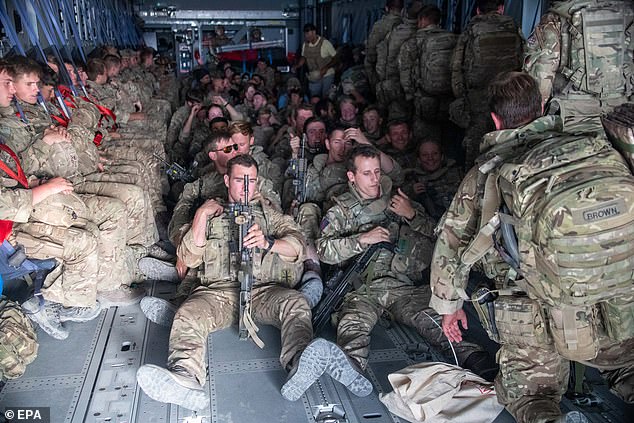 And he also highlighted the impact on the Afghan people, whether through education for girls, demining or many houses having electricity for the first time.

“I don’t think any of these gains can be quickly reversed,” the prime minister said.

“Education, once provided, can never be suppressed, and this progress would never have happened without your efforts and sacrifices.

“Whether you are still in service or a veteran, loved one, relative or friend, you have all played your part and you should feel immense pride.”